It is with immense sadness that we must convey the news that Jean Fisher passed away on the afternoon of Monday 12th of December. We are quite simply devastated. While Jean had been very unwell over the past year, spending the past three months in hospital, she had begun to make something of a recovery - she was always a fighter and tenacious when she put her mind to something! But because of this it was all the more shocking to us that she deteriorated so rapidly and with such a devastating result.

That she was so greatly cherished by so many people – whose lives she had touched through her teaching, whose work and efforts in art practice she had encouraged and ardently supported, whose political commitments and struggles she had passionately defended – is evident to us through the emails we have received from her friends from all over the world. We are profoundly grateful to all of you for your words of support at this immensely difficult time; just as we know that you too are grieving for her loss – and that to so many of you she was irreplaceable. Let us console ourselves with the thought of having known her: she brought hope, an optimistic spirit, and a critical intelligence into a world encompassed by forces of darkness. She would want us to continue in our struggles, each in our own way – and so we shall; and so we must.

To us, she was a mother and grandmother, a sister, an aunt and the closest of friends; she mentored us, helped steer us through the difficult periods in our lives; she sustained our hopes and desires, our plans and projects with an unwavering confidence in us. She was our greatest ally and advocate. We loved her dearly and we will miss her more than words can begin to describe. She was also a joy to be with; she was funny, witty, clever – which means, she was great company – as many of you have reminded us. We know that all who met her will have many wonderful memories of Jean – think of her and smile to ease your sorrow. She would want us to recall, amidst our grief and tears, her laughter and resolve. Santi, Steve and Tony

2003: Vampire in the Text: Selected Essays on Contemporary Art, London: inIVA.
Preface by Cuauhtémoc Medina. The volume assembles many of the essays…

Debates on the relationship of artistic practice to the sociopolitical sphere have gained momentum as the more immiserating effects of globalisation have extended ‘states of emergency’ beyond their apparent earlier containment in colonial geographies. My interest in this issue stems from a long engagement with artists emerging from a political history of colonial violence and cultural dispossession, whose work may be described as an ‘aesthetics of resistance’ against the ‘truth’ claims of repressive regimes. A constellation of questions presents itself, among them: Do these practices differ from ‘social activism’ in their affect? How might one characterise the tropes they employ? Do they offer a means of reclaiming political agency? This presentation focuses on a particular set of tropes associated with…

The Work Between Us

I should like to make a plea for visual art everywhere. Or, more specifically, to ask that we rethink the ways by which we frame art in order to return to it what is proper to ar… 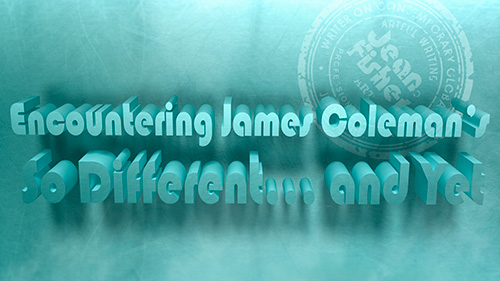 Boredom is one of the drawbacks to…

The story of the white man’s invention of the Indian and how this image sustained America’s myth of civilization has been ably documented.(2) In order for the myth to be realized, the Red Body…

In her final book, Regarding the Pain of Others, Susan Sontag tackled the issue of whether, in our media saturated world, we no longer know how to respond empathetically to images of the suf…

DV: In your article ‘Art and the Ethics of In(ter)vention’ you speak of the need for new configurations of collective action against what is perceived as accelerating alienation, not just of labour but of the spirit. Of course, for us as a group this is very important. We come together to reclaim collective agency. It would be good if we could talk a little in this direction. How do you see the relation of this agency to the dominant power? How can they dissolve its dominance? Which means of production do they have in their hands?
JF: I waver between pessimism and optimism on this issue! In recent times we have witnessed violence committed between communities struggling over conflicting national narratives – Northern Ireland, the Balkans, various African states, to…

According to the Great Encyclopaedia, the first museum in the modern sense of the word (meaning the first public collection) was founded in France by the Convention of July 27, 1793…

Vampire in the Text: Narratives of Contemporary Art, London: inIVA, 2003. In cinematic and theoretical accounts of Bram Stoker’s novel Dracula, the role of Mina, Jonathan Harker…

I should really introduce myself. I hesitate only because I am a trifle embarrassed by my name. Of course it is not the name I would have chosen for myself. I would have preferred somethi.. 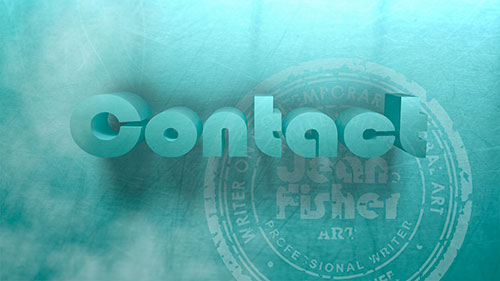 The old Carer had to go spend some time at her brother’s place and she was recounting the wildlife soap opera in the park outside his apartment window. A bunch of flashy green parake…

Fastest Paw in the West

I used to amuse myself by sitting on the garden wall overlooking the park, watching the Humans cavorting about with balls, or walking their dogs. Like Humans, dogs do like to chase about… 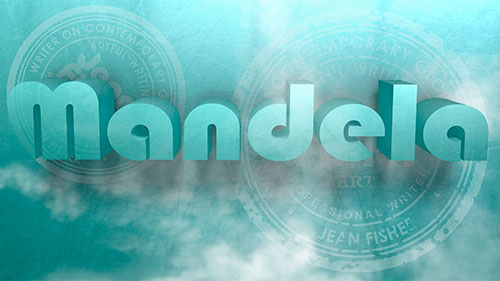 Horrors! Yet another visit to the dreaded vet! Once a year I am forced into this carrier box, despite my mewling remonstrations, for a so-called ‘check-up’, with other visits in-between…

I’ve already mentioned that I like to watch the goings-on in the park. I haven’t yet spoken much about the Dogs. The favoured dog of the Humans around here seems to be that ugly bruiser they…

The philosopher most associated with… 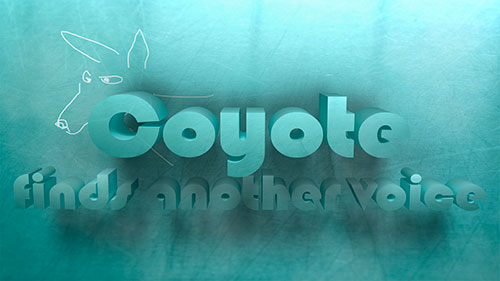 To speak means to come forward and…

Among the first to advance an ethical… 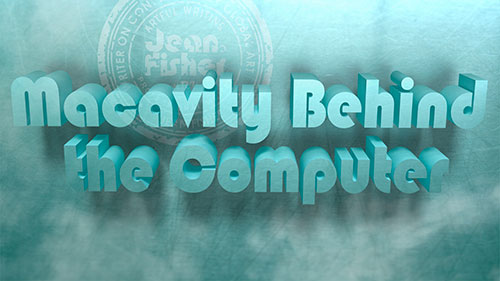 Perhaps the most extravagant pretense…

As a one-time zoologist, I have an enor…

Jean Fisher is a writer on contemporary artistic practices, focusing primarily on artists who emerge from and often speak to marginalised constituencies still experiencing the consequences of Western colonialism and imperialism, the effects of which do not cease to reverberate through successive generations. Although her writings have not been confined to these constituencies, essays on the work of Irish, indigenous American, Palestinian artists and the British African and Asian diasporas have formed a significant percentage of her writing output. Her first degree in Zoology enabled a sense of the interconnectedness of the world whilst instilling a ‘scientific’ discipline in writing procedures. Her second degree in Fine Art tempered the ‘logic’ of scientific practice with the poetics of artistic imagination, where art making is understood as the material realisation of a philosophical response to the world.

International Perspectives on Art and Culture

Jean Fisher has taught fine art studio practice and/or cultural studies in several art schools including Reading University, State University of New York at Old Westbury, the Whitney Independent Students Program New York, Maastricht Akademie, Goldsmiths College, the Slade School of Art, the Royal College of Art and Middlesex University. She was assistant editor and subsequently editor of the international journal Third Text (1989 to 1999), and contributed essays to the catalogues of the Venice Biennale (1997), Carnegie International (1999), documenta11 (2002), Sharjah Biennale (2005), Sydney Biennale (2012) and Ja Natuuralijk Rotterdam (2013). Author of a book of early essays, Vampire in the Text (2003), Jean Fisher is editor of the anthologies Global Visions: Towards a New Internationalism in the Arts (1994), Re-verberations: Tactics of Resistance, Forms of Agency (2000), and co-editor of Over Here: International Perspectives on Art and Culture (2004). She is currently Emeritus Professor in Fine Art and Transcultural Studies at Middlesex University.