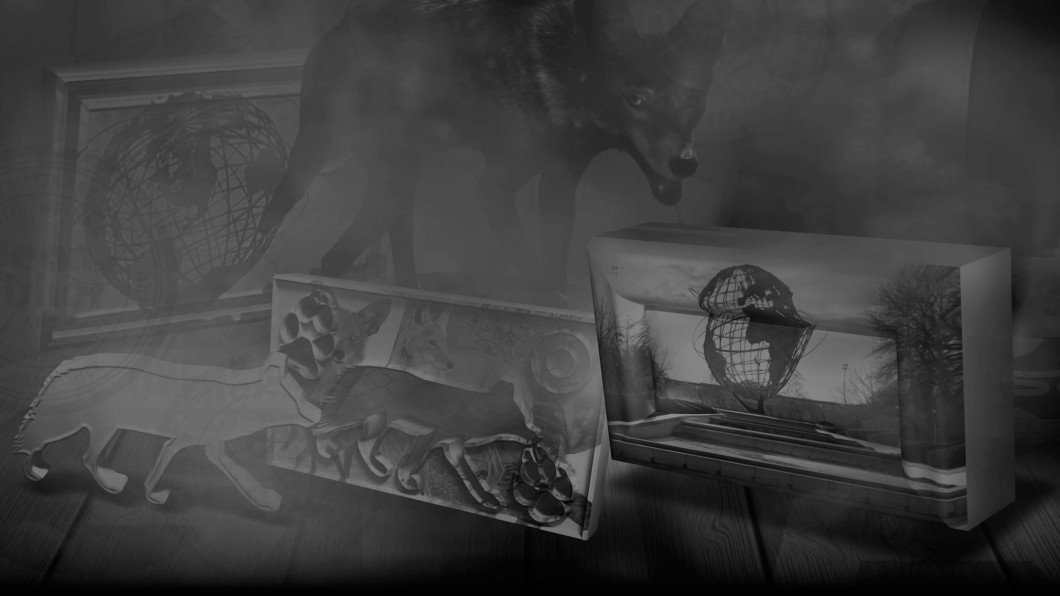 I was introduced to coyote during the 1980s through triple exposure to the work of the artists Harry Fonseca and Jimmie Durham and the writer Gerald Vizenor. Through their work it was clear that trickster was not to be approached from an anthropological or ethnographic perspective but from that of language: trickster was a master of language and therefore of translation and cultural transformation. As tricky figures also emerged in literature from African American, Caribbean and African writers during the 1970s and 80s – for instance, one can cite works by Ishmael Reed, Wilson Harris, Patrick Chamoiseau and Amos Tutuola – I was compelled to relate them to a certain form of resistance to the far-reaching effects on communities of colonialism and slavery. In my efforts to extricate trickster from anthopology-ethnography, I found an ally in Karl Kerényi’s notion of the Hermetic, derived from his studies on the classical Greek trickster Hermes. The first essay in which I introduce the trickster figure is ‘Coyote Come Laughing…’, but of the essays so far selected on line I refer you to ‘Unsettled Accounts of Indians and Others’, and the more recent ‘Tricksters, Troubadours – and Bartleby’.