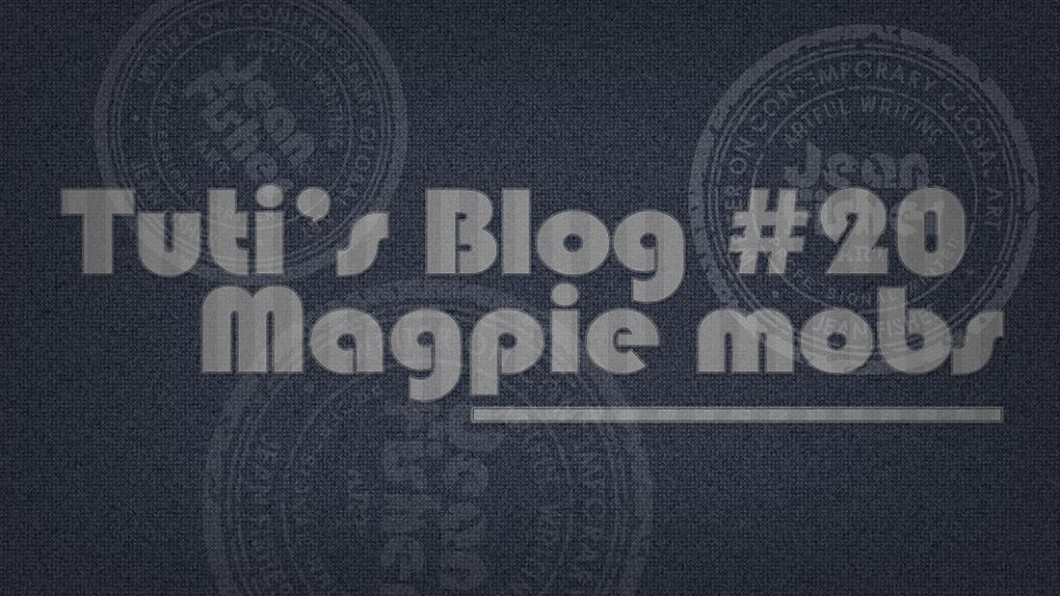 I was looking out of the window and saw seven magpies swoop into the cherry tree in the park. I had to sneak into the old Carer’s computer and Google the word for a bunch of magpies. Turns out it could be a ’tidings of magpies’ (whatever ‘tidings’ means), or perhaps a ‘mob’, which sounds more appropriate as they act like a bunch of gangsters. I must say they are as handsome as me – I shall call them ‘tuxedo birds’. However I don’t much like their politics. They were bullying a female blackbird. They reminded me of that mob of Tory MPs in the Commons which cackles and brays (choose your verb, depending on whether you think they are thieving magpies or just donkeys) every time a member of the Opposition tries to speak, especially if they are female. I don’t call that very gentlemanly behaviour. But, on reflection, I guess this is precisely how ‘gentlemen’ behave. So I’m watching The Carers’ television, right. And there’s these puffed-up ‘politicians’ pontificating about how austerity is working – they didn’t specify exactly for whom. Meanwhile, I hear The Carers discussing whether they can continue to afford my dental biscuits. And I’m screaming inside: these ‘politicians’ are a bunch of amateurs, liars and charlatans, who don’t know shit from Shinola and don’t care diddly-squat about us poor folks down here in South London for whom austerity is definitely working – we’ve never been closer to abject Victorian poverty.