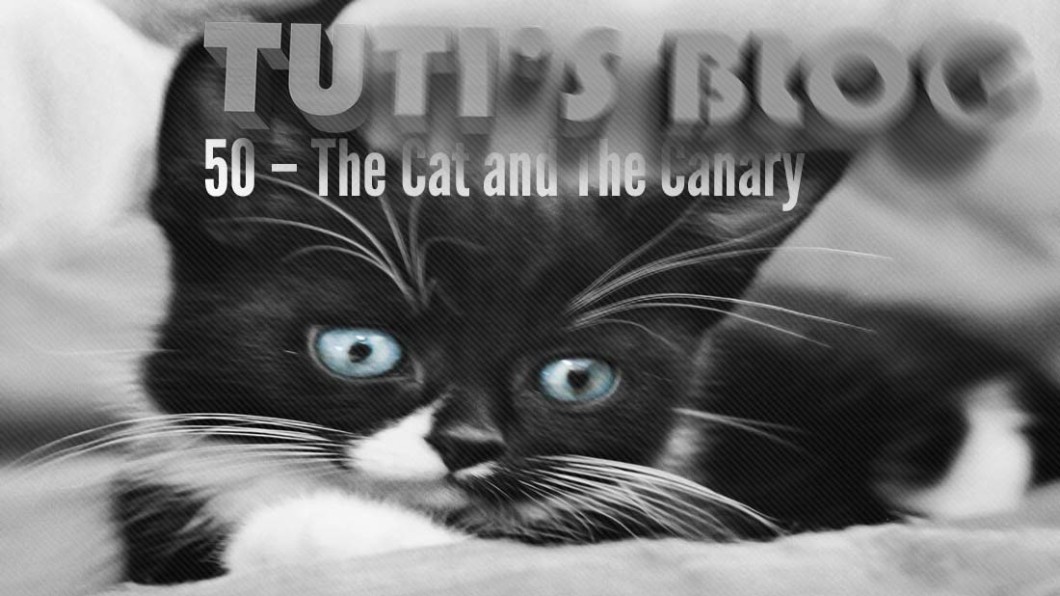 The Cat and The Canary – I asked the old Carer about her previous feline friends. Well, she said, do you really want to hear sad cat tales? Her first cat companion was when she was still in primary school, aged about nine. This was a little all-black female she called Fluffy. Fluffy was very smart and knew exactly what time she left school and would be waiting at the top of the road to accompany her back home. One awful day the Carer came home for lunch and – no Fluffy. Where’s Fluffy? Her Mum looked awkward and said, your father has taken her to the Blue Cross to be put down. That morning he had been cleaning out his birdcages and omitted to check that Fluffy was out of the room. Hey presto! Fluffy catches and kills his prize green canary – Fluffy’s death sentence. The kid rushed to the Blue Cross to rescue Fluffy, but she was too late. In a rare fit of remorse the father bought her a budgerigar as a replacement… No prizes for guessing the response! She has had utter contempt ever since for people who keep birds in cages.