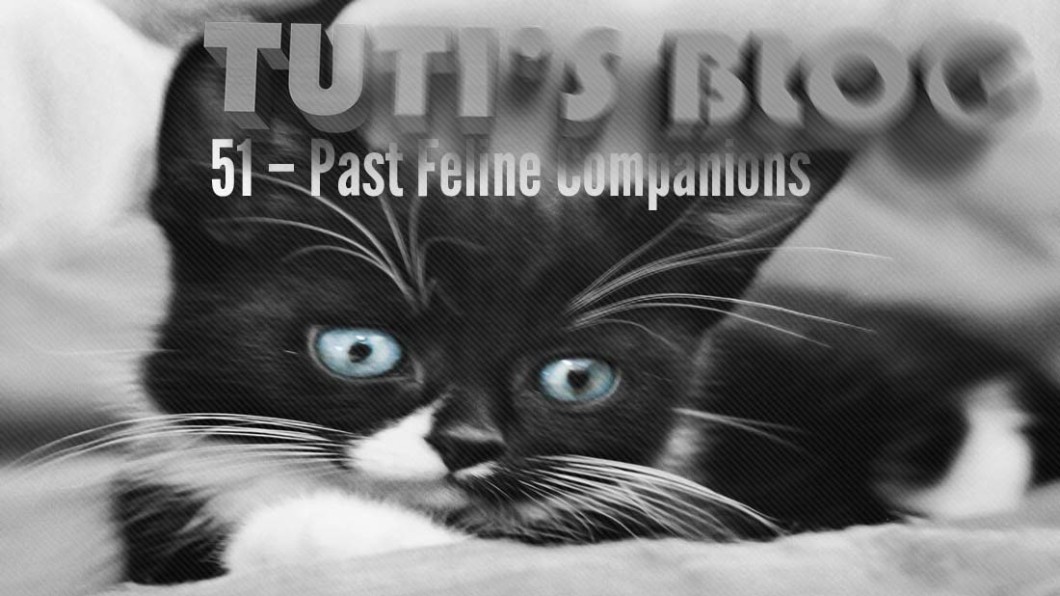 Past Feline Companions – The old Carer didn’t get another cat person companion until she was a student in Newcastle during the 1960s. This was a female tortoiseshell (calico cat), whose name she has temporarily forgotten, but who used to accompany her everywhere, including hitch-hiking up and down the M1. Unfortunately, one flat housemate had feline phobia so poor kitty was room-bound. When the Carer finally moved to a flat of her own kitty was let outside, but got run over. The old Carer couldn’t bear life without a cat person so next adopted a little grey cat person, who was later found lying lifeless on the pavement by the postman. Despite administering CPR, he did not survive. Some few years later, she adopted another grey cat person she called Willy Wonka for reasons I can but guess. On relocation from Newcastle to London, Willy became my predecessor in this house and was apparently a homeboy except each year he would disappear for a couple of weeks and reappear looking thin and dishevelled. I can imagine what he had got up to! Anyway, this also has a sad ending. The old Carer relocated to New York for a few years leaving the house under the care of a homeless artist. Then she discovered that he had had a nervous breakdown and disappeared to Amsterdam without telling her. Poor Willy’s wellbeing was left in the charge of another local artist, but basically he was left to fend for himself alongside all the other homeless cat persons in the park. When the old Carer’s son finally took charge, Willy was quite ill and did not survive more than a couple of years. I loved Willy, she said. He was fiercely protective of me and his preferred sleeping mode was to drape himself round my neck. Well, whatever floats your boat! As I said, I don’t even tolerate being picked up for a cuddle. The old Carer swore she would never have another cat companion after Willy as it was too distressing to keep losing them – then, the young Carer’s Girlfriend From Hell at the time brought home little me, as she was scared of the mice in the house… Of course, I attached myself to the old Carer as I didn’t trust the Girlfriend From Hell, who was always shouting and clumping flat-footedly around the house, with no concern that this was the old Carer’s work space.