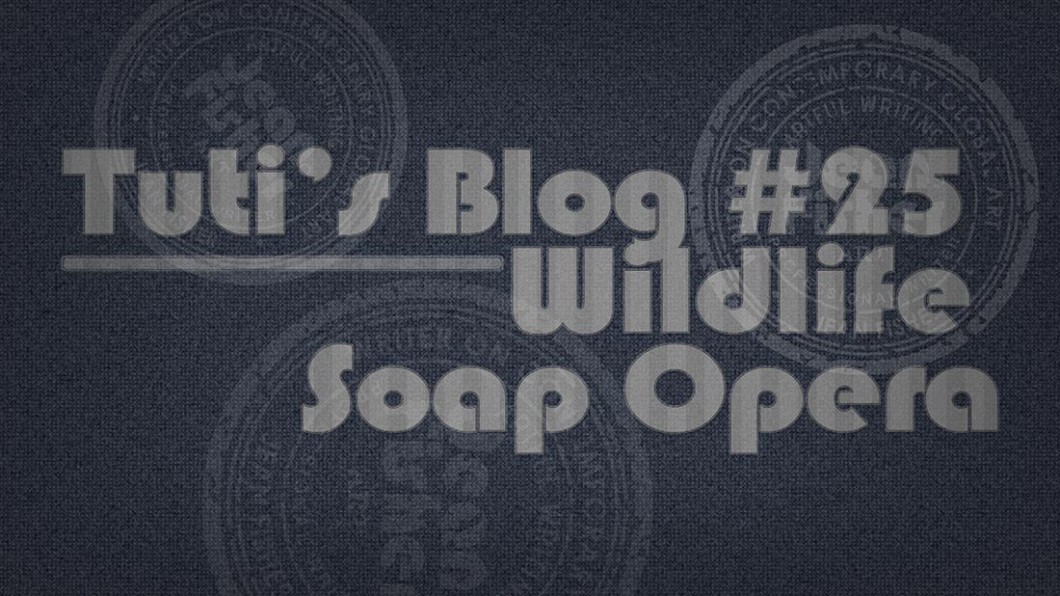 The old Carer had to go spend some time at her brother’s place and she was recounting the wildlife soap opera in the park outside his apartment window. A bunch of flashy green parakeets – apparently now ‘naturalised’ immigrants from the Himalayan foothills, which must offend the anti-immigration lobby – has taken up residence, but they just zoom around the trees chattering or squawking at each other. A family of foxes, forever scratching at their fleas, was being hassled by a ‘mob’ of magpies, which seemed to find pleasure in nipping the foxes’ tails; meanwhile the squirrels and regular pigeons were fighting over scraps of food – mostly bread – tossed out of the windows by the local Human residents, whilst the local cat persons spent their time either ineffectively stalking the magpies or just flopping out on the grass. Nothing quite so dramatic happens here. The old Carer puts out fat balls for the tiny birds and wild birdseed for the wood pigeons, but the squirrels seem to be the primary beneficiaries of this largesse. Alas, one wood pigeon got too bold and hung around, but the old Carer found it half-eaten at the bottom of the garden. I assure you, it was not ME!! When the other half disappeared the following day she surmised that the local fox person must have been the culprit. The other wood pigeons knew what had happened and stayed away for several days.